Where to eat in silverburn: try these world

Back to insider
4 Jun

Eat your way around the globe at all your favourite restaurants

Wondering where to eat in Glasgow? These are the cuisines to enjoy and the places to eat this summer. From Italian and Mexican to Japanese and Thai, we’ve rounded up the best restaurants in Silverburn that are giving us all the holiday food vibes!

From pasta to pizza and everything in between, we’re all obsessed with Italian food and its simple yet bursting-with-flavour dishes. The Italian cuisine has it all… How about something shareable like antipasto? It’s a mix of dry-cured meats like prosciutto and an assortment of cheese such as soft and nutty Gorgonzola. Or perhaps you’re after a meal straight out of Nonna’s kitchen like a rich Bolognese? (Perfect for scarpetta – the Italian word for scooping up your food with some bread!)   And thanks to the Italian’s love of endless courses, you can sit back and spend the afternoon tucking into everything – from the primo to the dolce and maybe even a little digestive con caffè! 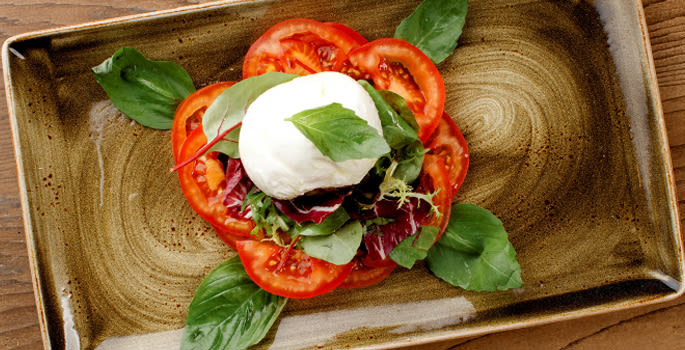 In traditional Japanese cuisine each dish tends to follow the rule of five: five colours (black, white, red, yellow, green), five techniques (raw, grilled, boiled, fried and steamed) and five flavours (bitter, salty, sweet, spicy and sour). Also known as washoku, this way of cooking ensures every dish is varied and balanced. When it comes to modern Japanese food you can expect to see some of these traditional cooking qualities in your dishes: perfectly presented delicate sushi and sashimi salmon which almost looks too good to eat, sweet and sticky mochi (a Japanese rice cake), thick and silky udon noodles, irresistible gyozas, and crispy tempura prawns. Try this at Yo! Sushi: Prawn gyoza

From tacos to burritos, carnitas to enchiladas, who doesn’t love Mexican food? Thanks to its vibrant and fresh ingredients, like their famed assortment of chillies, beans and poblanos chili peppers, Mexican cuisine always leaves you suitably stuffed and a little flame-lipped.  Some of Mexico’s other delights include mole (pronounced mol-eh), a rich sauce perfect for accompanying things like enchiladas. It contains over 20 different ingredients including chilies, chocolate and nuts, and the widely-loved guacamole made with fresh avocados, diced tomatoes and onions, coriander, lime and chilli. 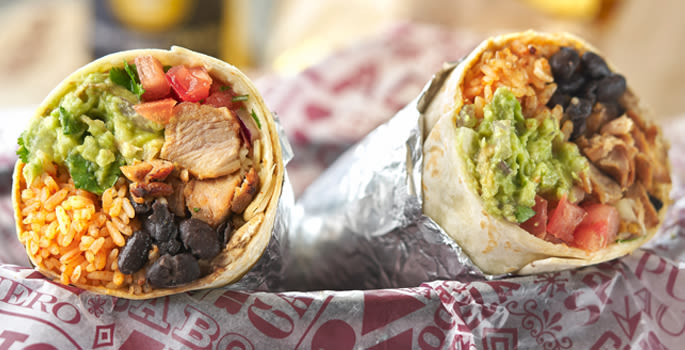 Famed for its comforting classics like clam chowder, apple pie and grits (kind of like porridge but made with boiled corn), alongside its supersized hamburgers, barbecue grills and ‘pizza pies’ (thick or thin crust, depending where you are) – when it comes to American food it’s definitely a case of go big or go home!  If New York’s your dream destination, then what better dish than the famous New York cheesecake, known for its rich and dense texture. Or if the deep south is more your vibe then Cajun/Creole-inspired jambalaya (one pot chicken, sausage, shrimp and rice) would definitely tantalise your tastebuds! Try this at TGI Fridays: Fridays ultimate double-glazed ribs coated in their legendary glaze and served with crispy fries and spicy chargrilled corn

Thai cuisine is a celebration of lively and fragrant flavours! From aromatic spices like cloves, cinnamon and chillies to fresh ingredients like lemongrass and coconut milk, Thai food carefully balances four major tastes of sweet, spicy, sour and salty to create mouth-watering dishes.   As food is very much a social activity in Thailand, dinners often include a platter of meat and fish dishes alongside sides of noodles, rice and soup. Some of their much-loved food include a traditional Thai green curry called gang keo wan, a wonderous spicy shrimp soup called tom yum goong and the fried noodle dish of pad Thai, which is one of Thailand’s national dishes. 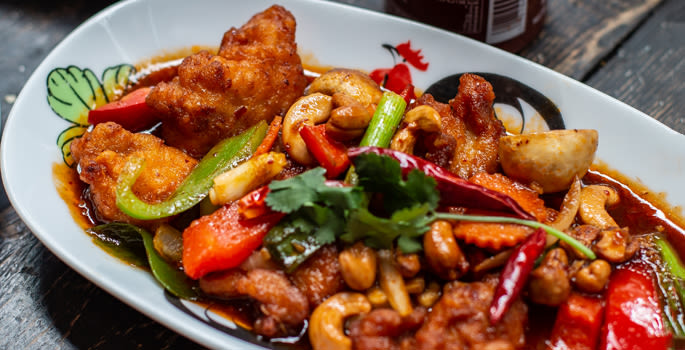